I am doing a volcano with brooks. I have learned all kinds of volcanoes like flat volcanoes and i know how to make them to. I am thinking of asking Mrs. Eggers to help us on the facts if she can. We are going to make 2 volcanoes brooks will make one with smoke and I will make one that erupts. I have learned that I am a good learner because I know what to do a lot of the times and i pay attention. We have been doing facts on all volcanoes and we have done 12 facts on our site. Also we have done a website for all our facts and pictures and how to do it. That is all on our website, the website address is right there ⇒ Nelson and brooks website. We have not made our volcanoes yet but we now what we are doing. We are doing 2 volcanoes 1 is going to erupt the other is going to smoke. You use baking soda and vinegar for it to erupt and you have to wrap a ping pong ball in tin foil and light it on fire (it doesn’t get on fire it is just smoke). You have to use newspaper to form the volcano, then you use a pvc pipe to make a whole for the eruption, and then you use paper machete to keep it the way it is then you paint it, and after that you just you make it erupt. You have to do that to both volcanoes. That is all you have to do to make a volcano.

I had a little bit of fun on the collage trip to BVU. I think the best part of the trip was the ice cream, they had ice cream in the cafeteria. I had 2 ice cream cones. The bus ride there and back was pretty fun, the wifi sucked though. we got to see a dorm, they are really small at BVU. Also we got to see a building that has a whole lot of animals (they aren’t real though). They had fishes and zebras, I got a picture with my head in a gators mouth. I would have went to Iowa state because there lunch was good they had curly fries and subway. BVU’S lunch sucked horribly the pizza was burnt and the hamburgers were gross too. The only thing i ate was the ice cream. I would like to go to South Carolina for collage because it is warm and winter is pretty short there. I think college will be fun because you get to live alone or with room mates, and you don’t have 7 hours of class every day. They also have better food than our school here which will be awesome. That is all about our trip and where i want to go to collage.

My goal on my genius hour project is to build a volcano and do it good. I hope it comes out right where me and my partner get an A+. We are going to build a big volcano that erupts in front of the class. It is going to look realistic because we are going to put a bunch of effort in to it, we are going to name it MT. Dew. My partners never built a volcano before, I did in 6th grade but it wasn’t that big it was just supposed to be a little project, But this one is going to be big. I know a little bit on how to make it, like the eruption and what you need. When i was in 6th grade my dad made some of it so this time it’s only going to be me and my partner doing it. We look on some videos on how to make it so it won’t be that hard, but making it takes a lot of time. The paper mache  is really wet so it might not look right on the newspaper. This is important to me because when i made it in 6th grade it wasn’t a good one but this I plan on it being really really big. Also the eruption is  pretty good it does’t do anything but burst out of the volcano then drizzle down the volcano. Those are my goals and how I am going to accomplish them, and why I am going to do this.

This summer I am going to be fishing a lot. I go to lake Mille lacs in Minnesota. I am going some time next month which is not summer but i am still going to fishing. The reason I am going to be fishing a lot is because my dad got me and my brother a boat for Christmas, and me and my brother are going to be at the lake a lot. I will probably be fishing with Bryson Opanda too he said he wants to go on our boat. I will also be playing baseball this summer which is really good because I will be playing for high school. I going to my cousins graduation in Florida so that will be fun. They are twins so they graduate the same year. This spring break I got two teeth pulled and that sucked. It was for braces, I have to get braces soon to which will really suck. I had eat pudding for the whole first day. Also i had gaws in my mouth the whole day. They said there would be cracking so I closed my ears, and they yanked them out. That was my spring break and what i am doing this summer 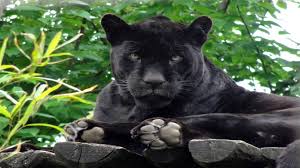 Black panther sightings are frequently recorded in rural Victoria and New South Wales and Western Australia and Western Australia. The Australian “phantom panthers” are said to be responsible for the disappearances and deaths of numerous cats, dogs and livestock. A animal mysteries thing led an investigation on the panther to quit killing all the dogs, cats, and other animals .

The Panther is a really smart and quick animal that is not seen by people in the wild as they are generally very quiet and cautious animals. Their dark brown fur camouflages the Panther both into the surrounding forest and makes them almost invisible in the night. The panther is a nocturnal animal. Which means the panther lives at night time which is good for his camouflage. The panther sleeps in the trees at day time.

Panthers are really good climbers and they not only rest in the trees but they are also able to keep a watchful eye out for prey without being spotted. The Panther is really sensitive about a female if another male threatens his marriage thingy he will kill the other male even if it is a another panther.

The Panther is a carnivorous animal and one of the most feared and powerful predators throughout it’s natural environment. Hunting at night, the Panther’s dark fur makes it almost impossible to spot meaning that it can move through the jungle completely unseen.
Although the majority of their hunting is actually done on the ground, they are also known to hunt from trees meaning that they can kill their prey from the trees.The Panther meal depends on where in the world it lives.

I usually go to Florida every year for summer or Christmas. The reason i go is because my dad side of the family lives there and we used to live there. When i went this year it was with my dad my mom had to work. We went to a marlins game last time and it was against the Cincinnati reds. I also have my cousins down there the youngest one is one year older than me, then the oldest two are twins ones a girl and ones a boy. Chase is the youngest one and Austin is the boy twin and Faith is the girl. my grandpa also lives down there. we also went to the Keys witch you can kayak and paddle board. I also ate tons of sea food like mahi mahi which is a fish named dolphin but not the dolphin you think. And alligator which tastes like chicken, and octopus which is calamari. And that’s what i did on my trip to Florida last summer.

A burrito is a Mexican food that is really good. I just had a burrito today at Pancheros. The good thing about a burrito is that you can put anything want on it. I usually put rice, black beans, steak, queso, and cheese on my burrito. You can make a burrito easily you can even make it at your house. In fort dodge there isn’t a lot of authentic Mexican places. I am not  Spanish I just like a good burrito. There is a breakfast burrito and a regular burrito. The breakfast burrito you can but bacon, egg, cheese, sausage, and other stuff that i can’t name. They have a lot of fat in them, and really fill you up. A burrito is all of the food stuffed into a tortilla. They are usually spicy unless it is mild. You are on the toilet for a long time after Mexican food explicitly a burrito. There is not much more to a burrito to that other than eat one it tastes like heaven, and the day after you will have to poop like crazy. I hoped you liked my paragraph and i hope you eat a burrito. Burritos are the best the end!!!!

If you are getting bullied tell a parent or adult.  There are plenty of people you could tell examples are parent, teacher, friend. Make sure you tell the counselor if it is in school. If someone tries to hurt you psychically walk away or fight them if they are bigger than you then you run away. Usually there is someone around you if there is yell for them.  Bulling is when you get hurt every single day it is not if you get beat up just one day you should tell a teacher but it is not bulling. There are two types of bulling one is verbal that is if someone makes fun of you by using their voice. The other one is physically that is when someone is hurting you by hitting you. If it is a school bully get some people who have been bullied and have them help you beat up the school bully. I haven’t ever been bullied or ever bullied someone. I don’t know anyone who has been bullied besides a couple of people but they weren’t any of my friends. I haven’t helped anyone who has been bullied which is a bad thing. I haven’t seen anyone get physically bullied ever or would probably help them. The reason why i had to write this was because there is a lot of bulling going around and people are trying to stop it which is a good thing but it isn’t doing anything people need to speak up and tell someone, a lot of people try to do something by there self. The bully’s need to treat people how they want to be treated, or put them in the others person’s shoes. If some one is having a bad time at there house why would people make it worse at school. Bulling has lead to suicide.

this is Nelson Cone I am 13 and in 3rd period. I play football for the school. I like hunting, fishing, and like sports baseball is my favorite sport.

Welcome to your brand new blog at Edublogs!

To get started, simply visit your blog’s dashboard, edit or delete this post and check out all the other options available to you.

We can walk you through step-by-step in our guide to getting started with your blog.